27 December, 2016 Christopher England Behaviour, Politics, Social Engineering Comments Off on 2016: The year of hate and hope

2016 seems to have been a year full of disappointment for many. A year full of hate, and yet a year pointing to a lot of hope for the future for the ordinary folks out there.

Those ‘on the left’ were horrified that ordinary people dared vote to leave the tyranny of the European Union. They hated it, and wished those who dared to defy them, dead. Yep, they wished them dead, such was their hatred. 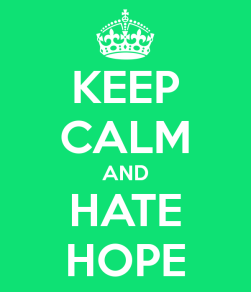 Then they were even more horrified when the ordinary people of America dared to vote to leave the tyranny of the ruling liberal elite, dumping the career politicians in favour of a businessman, who will run the ‘business’ of the United State of America properly. More hatred. And yet, a sense of hope for those who longed for change, and longed to be finally heard.

In addition to the disappointments for the liberal elite that political domination didn’t go their way, there was also disappointment for those who refuse to listen to modern music.

You see, there are whole generations who refuse to access modern music. For some reason, at some point in their mental development they just stopped listening to anything new. In fact, they hate ‘new’. Luckily (for them) the vast majority of the radio stations decided to embrace this illness, and so stopped playing anything new. The same old songs went round and round on a playlist merry-go-round that never changed.

So, one way or the other, this meant that a large number of people of a certain age kept just listening to the same songs and same artists, decade after decade, hating anything else, and hating the new music that gave younger generations hope.

But then, the people they kept listening to started to die. People die all the time. Normally it doesn’t feel any more frequent than at any other time. However, when a whole generation limits themselves to a small band of artists, then there’s a collective outpouring of grief each time one of them eventually dies.

And a good few artists from their closed never expanding playlists died in 2016. Almost as soon as they’d dealt with grieving over one, they’d have to start to grieve over the next one. They became weary with 2016 and the dead-count of the once famous.

And that’s why there are generations who will tell you how 2016 was the year too many of ‘the greats’ popped their clogs.

They forget that if they had opened their minds to how music changes and evolves and how artists of equal or superior value replace the old ones, then they’d still be enjoying music from a fuller range of artists and not be so completely consumed and horrified by the death of those who made the old music.

Let’s hope 2017 brings even more hope, and less of the hate. 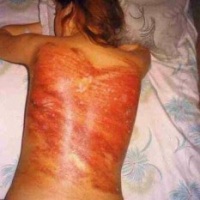