If you have no interest in, let’s say, netball, you don’t join a netball supporters club, do you?

Well, unless you feel bullied into pretending you like netball and have to join one of the supporters clubs because your parents and peer group expect you to. That’s when you live the lie, hating your lot in life because it isn’t the natural you. The natural you just has no interest in netball.

When you break free, or when you never have to pretend you support a particular netball team, maybe because you’ve never been put under any pressure or indoctrination to like netball, let alone a specific team, you don’t join a club dedicated to being interested in netball.

Well, other than to take the piss or wind up those dedicated to netball, possibly.

I have had a similar issue, but with football. I have no interest in football. Never have. Therefore I don’t support any team. I have no interest in any of it. This state completely dumbfounds many of my colleagues. Working in Liverpool makes it impossible to avoid constant conversations about Liverpool FC, Everton FC or those who may have wronged either team. It bores me beyond belief.

However, I have not had to join a club for football haters.

Football, netball, or other games with balls can become a religion.

Meanwhile, it’s the actual god-fearing religions that are obsessed with when human ‘balls’ can be touched, used, and enjoyed, and by whom or what. Why are religions obsessed with sex?

The religion clubs are compulsory for many communities, with parents compulsorily forcing their children to join them from birth, with high levels of rejection and intimidation for any child wanting to leave the club.

Imagine if the joining of a netball supporters club was compulsory and you were never allowed to leave it without rejection and intimidation!

In the UK it’s generally a lot easier to walk away from a god club that your parents forced you into. Such is the beauty of a secular society.

On the whole, atheists in the UK just get on with life without giving any thought to gods and sky fairies. They make moral judgments themselves rather than turning to the quite horrendous vindictive and violent teachings of religious history for some form of guidance. They don’t need to form and join atheist clubs.

However, in other countries it is not so easy to exist outside of a god club. Indeed, in some countries, a cruel and painful death is the only option available. In the United States of America the killing of atheists is generally frowned upon and not State sanctioned. In order to protect themselves, atheists do huddle in clubs of non-believers, even if that huddling is only done online. It’s perfectly ok to be an atheist in the cities and more progressive parts of the USA, where one’s religion is invisible, but in most parts of America it is extremely difficult fighting the abuse, hatred and prejudice alone. You would most certainly get noticed if you dared to stop attending church, for example. That’s why very pro-active atheist groups exist, to help protect the free thinkers, and to remind them that they are not alone.

Isn’t it time more was done to protect those who make the logical decision to exist outside of a religion club? It’s time atheists had the same rights as Christians and Muslims. 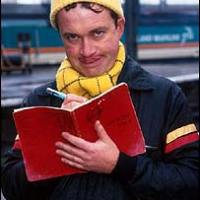