1 January, 2018 Christopher England Behaviour, Social Media Comments Off on And then it was 2018

How long have I been blogging for?

When did it all start to go wrong?

Well, I’ve just had the last three month blog free.  That is to say, writing not a sausage here.  Which is a bit of a shame.

Not why is it a shame, because lack of words from me is obviously a shame, innit. But why did it all grind to a halt?

Well, it’s to do with time.  Writing long form articles takes a bit of time. Putting myself under pressure to deliver an article a day became impossible.  Then, so too did delivering three a week.

What also happened was that I discovered the upturn in ‘publishing’ short form missives.  Short form missives (limited to the 280 characters of Twitter) seemed to fit into my time restrictions.  Inbetween doing stuff, I could easily knock one out. F’narr.

Less so knocking out a long form diatribe.

And in 2018 it’s what I continue to do.  At least 5 or 6 tweets a day spew out from me, and auto-copy themselves onto Facebook. So, depending on your preferences, you can find me on Twitter or on Facebook.

I NEVER use Facebook Messenger for ‘private’ messages or conversations, but I DO use Twitter’s Direct Message system.  I also interact with anybody replying to a tweet or Facebook post.  All of which I can do inbetween other things, unlike musing over the production of a long form article for here.

There have been a few times when I’ve felt the restriction of 280 characters was holding me back, so it came to me: compromise!  I will continue to centre myself on Twitter (well, until I get culled for not having the authorised political leanings, but that’s the story of the next few years) and then, maybe once a week or so, I will splurge a longer form article here.

Initially I thought I’d publish something every Monday. The trouble is that I probably won’t and it’ll look embarrassing to make and then break a promise.

And on Facebook: facebook.com/christopher.england.uk and ask to be Friends! 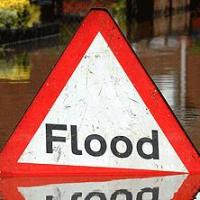 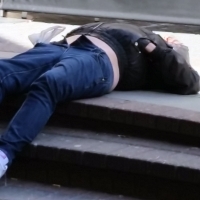