I don’t understand all this horrendous hatred of the LGBTQIRSLABCXYZ community.

I mean, diss them (in a very friendly way) for having an ever increasingly long collection of letters to their collective acronym, which is difficult to say and getting harder everytime they add another letter.

Diss them (in a very friendly way) for not having one simple, for people like me who stumble over “LGBTQ” unless it is written down in front of them, one simple umbrella name that is dead easy to pronounce, like Banana or Elephant.

But, hey, don’t diss them for being who they are.

It’s Pride weekend in Liverpool this weekend, and everybody turns out to celebrate the differences and the samenesses.  Ok, not everybody. There will be some of a very deeply religious nature who will stay away muttering. Both Christianity and Islam teach, if you want them to, that members of this community, or collective of communities, are in some way evil and an abomination.

How disgusting to brand human beings this way just because of the way they were born.

They are just different to me.  They are not better or worse in anyway that I can see. Just different.

I think I long for a time when they are no longer individuals who have to wear this damn hard to say collective title in order to herd together protectively.

It’s kind of like how I say there shouldn’t be ‘gay marriage‘.  ‘GAY marriage‘?  It should just be called ‘marriage‘.  Nobody refers to a heterosexual couple having a ‘STRAIGHT marriage‘ do they?

‘Marriage‘ is a union between two people who feel that they need some legal formalisation of their relationship. If they just happen to be the same sex, really, who cares, eh?

All of which makes no sense to me, especially considering that behind closed doors a lot of the Islamic Daesh fighters are homosexual.

But, anyway, it’s Pride in Liverpool, and I’m longing for the day when we can get rid of this annoying LGBTQ collection of letters in favour of the world ‘people’. 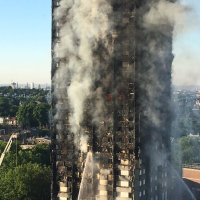 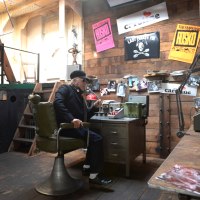