In March 2010 a young man was stabbed and beaten to death in Victoria Station, London, during the rush hour and in view of many commuters. Whoever he was and whatever his background, this was a tragedy, whether he was George Andrews or Arthur Coster. In fact his name was Sofyen Belamouadden. He attended the Henry Compton School in Fulham.

The day before the killing, a pupil from St Charles Catholic College had been punched in the nose at Victoria and this may have created or worsened animosity between some pupils of both schools. The boy who was punched was one Melvin Mensah.

During the evening after Mensah was punched there was much communication between pupils via social networking to the degree that pupils of St Charles decided to enact revenge on their rivals.

On the evening on the 19th, 20 or so young people surrounded Sofyen and when he fell, they attacked him with knives and batons and a Samurai Sword. Having carried their attack weapons openly through the concourse of the station, they killed Sofyen and then scattered.

Arrests were made and in due course three people were convicted of his murder. They were :

Thereafter, three more people were convicted of Manslaughter. They were :

Central to this matter is the one woman in the case, Victoria Osetuku. Before the event she had confided in fellow pupil Stephanie Omniuni that someone was going to die. After the killing, Ms Omniumi says that Victoria was gloating about this.  She also seemingly liaised with a pupil from the rival school, one Raheen Keane. At lunchtime prior to the killing, Osetuku visited an Argos store to buy and presumably then hand out a quantity of kitchen knives to the assailants. She was also the last to leave the scene of the killing after giving the dying Sofyen a final kick. She has also been convicted of manslaughter.

In recent days another trial ended where one Junior Bayode was convicted, but as the jurors could not agree whether his crime was manslaughter or murder there may be a retrial.

Now, I will not say that young people called Sam Smith or Frederick Jones do not visit violence on each other, but clearly few if any of the criminals or others listed above are British. Either they are immigrants or born to immigrants.

How have we created the situation where they can so casually plan and equip themselves for murder and then carry out that murder in public in the middle of London. As the saying goes. ‘We have sown the wind and now we are reaping the whirlwind‘.

I am sure that many racists will say ‘Excellent, one foreigner dead and many more behind bars‘. I do not say that by any means. What I do say is that I am actually frightened to raise the subject of the nationality of these criminals and their parents and to ask why they are here. Surely I should not be frightened to say this. 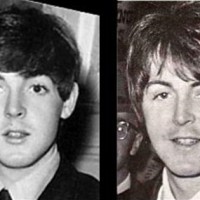