It’s only one little poll, but the latest findings of ICM put the Conservatives 16 points ahead of Labour. 16 points?

So, what’s that all about?

Well, it means that if there was a snap election, the Labour party would be annihilated and the Conservatives would replace their current tiny majority with a gigantic one.

But why are the Tories so much in the lead? Well, despite the efforts of Momentum to try to control the media, especially social media, the public seem, for now, to like Theresa May and what she says.

The poll was taken during Mrs May’s honeymoon period, so give it a few months! Especially when the drip feed of rubbishing her has entered the minds of the Facebork users who feverishly believe and share the regular opinion and comment sites. Momentum has these infiltrated, and they are pumping out quite outrageous unchecked lies that the average user just shares with a comment like “We should kill all them Tories, innit”.

Indeed, Momentum has orchestrated a most brilliant fear campaign, including threats of rape, death, attacking family members, etc., via Twitter, against anybody they have deemed to have not toed the party, well, the party within a party, line. Their primary targets are Labour MPs speaking out against their cult leader Jeremy Corbyn.

Momentum is a modern day mutation of the old Militant Tendency and a return of all the trouble makers who were thrown out of Labour in the 1990s. They are also the bullies behind all the Tax Justice marches. Yep the marches that are attended by thugs who think smashing property and intimidating people is the way to behave.

They have a much better handle on social media than their centre-right counterparts, which is how they are able to amass Twitter accounts to target and abuse their enemies in such an untraceable and frightening way. It’s how they are able to operate cash for votes schemes, giving anybody who needs it, the £25 to register as a Labour party supporter so that they can vote for Corbyn. Is that legal? Of course not. Momentum is on a roll and the legality of anything it does is irrelevant.

They are also able to threaten any MP they target with deselection if they dare speak out against Corbyn, since Momentum activists dominate most Constituency Labour Parties, even though they don’t actually live in the area. Is that legal? Of course not.

However, the ordinary person who is not part of all this madness is looking at the Momentum Cult of Corbyn and feeling scared. They are feeling alienated and unwanted by the party they’ve voted for and supported for years. That’s why the Labour party is 16 points behind the Conservatives.

The real Labour voters remember Corbyn as the ‘friend’ of the IRA’s murderers, and they wonder what the fuck he would do to the country if he ever got to run it. But, real Labour supporters have no voice and are shouted down by the Momentum Cult of Corbyn. 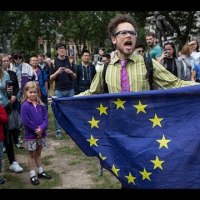 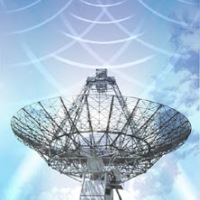