There was a temporary halt to Facebork being the murderer’s friend.  For a short while they stopped publishing videos of human beings being tortured to death.  But, Facebork has returned to allowing the publishing of graphic death and murder.

Naturally, of course, they won’t allow graphic videos of consensual love making, because in their warped minds sex is disgusting whilst murder is cool.

I wonder if that’s because they are nerds desensitised to real life.  They are usually socially inept, rarely have girlfriends or understand about sex, yet spend all day playing on the latest Grand Theft Auto, where the graphic gratuitous murder of strangers is an essential part of the play.

Making the celebratory murder videos worse is the fact that Facebork ‘auto-plays’ videos rather than waiting for you to press play, forcing you to see the actual explicit content without having given consent.

Yet, despite auto-playing videos, Facebork is incapable of playing moving gifs.  Why?

All other social media places play moving gifs, but not Facebork.

If you view the above pic on christopherengland.com or Google+ or Twitter or Tumblr, it’s moving.  View it on Facebork and it’s not moving.  You just see a single still, and you can’t get it to animate even slightly.

Hey, maybe that’s because it doesn’t contain somebody being murdered. 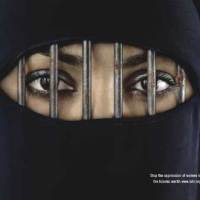