When Remoaners (those who wanted to remain) lost the referendum over UK membership of the European Union, something bizarre happened. Yes, the throwing themselves face first onto the carpet, and forcing a massive tantrum with uncontrollable flailing of arms, loud crying and kicking, is what I’m talking about.

As I said, bizarre.

They seem to not have the capacity to accept defeat. I’m not talking about them just being upset and angry about being defeated, but they literally have no mental capacity to comprehend that they lost a fair ‘fight’.

They have no capacity to accept that there are alternative world views to their own. Because of this, they immediately started bad mouthing those who had voted differently to them. Those who voted to leave the EU were, in their minds, obviously racists, stupid, or didn’t understand the question posed. The fact that ‘Leavers’ had voted ‘leave’ after making a fully informed decision just didn’t compute. There just cannot be any world-view but the ‘Remoaner’ world view.

After a period of screaming and wailing as part of throwing their initial tantrum, they then got spiteful. Yes, this manifested itself in the abuse of ‘Leavers’, threatening or wishing them dead, using quite horrendous highly descriptive language as to exactly how ‘Leavers’ should be killed, and then huddling together with like minded to try to do whatever they could to slow or stop the process to teach Leavers an imagined lesson.

Had the ‘Leavers’ lost instead of the ‘Remoaners’, then it is most likely that they would have accepted defeat and then worked to help unite efforts to accept the will of the majority voting. This is not the behaviour we ever see from the leftie luvvies and supporters. Instead they are angry and nasty.

One theory is that we are breeding generations who don’t understand competition and the whole concept of winners and losers. Remember how at school the children are not allowed to ‘fail’. Like during sports days: Nobody ‘wins’ a race. Nobody ‘loses’ a race.

Kids don’t ‘fail’ exams. They are still ‘graded’, even though they’ve not done anything on their paper. There is never a failure, just a lower mark.

Before they even went to school, these kids were not even allowed to be ‘told off’ by their parents. Instead, they were allowed to run riot. The parents feared what the politically correct police (social workers) would do or say to them if they tried to control their child. They feared their children being taken away from them.

So, a whole generation has grown up only ever getting their own way.

And then, one day, they don’t. Hence the tantrums. They just can’t handle it. 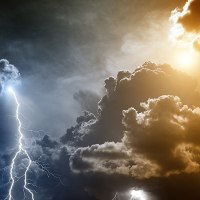