6 June, 2015 Christopher England Behaviour Comments Off on WTF is this UFO? 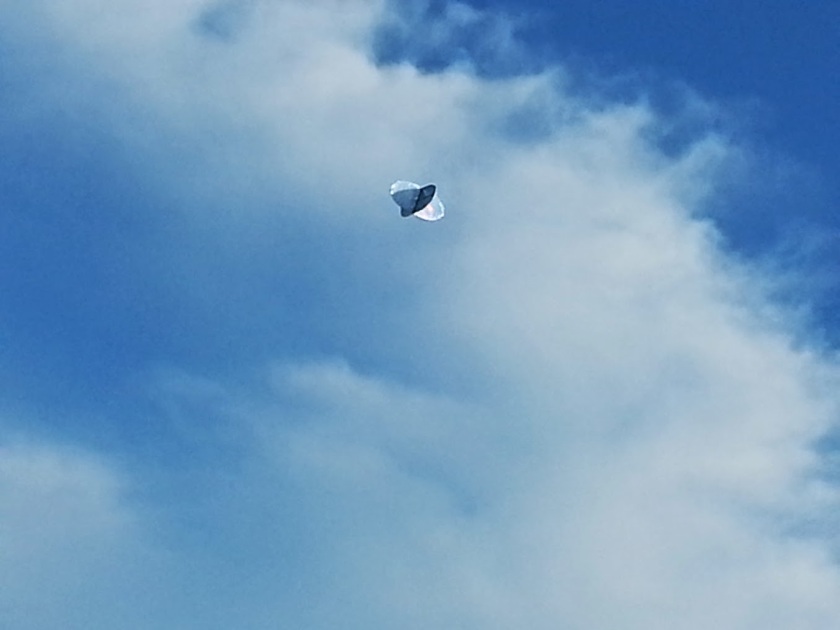 So, I was sitting in my garden.  I looked up, wondering when I was going to have my ice cream delivered into my hand by one of my assistants, and spied this strange object.  Well, unidentified flying object.

It was probably about a metre long and had ‘wings’ that were a little less than a metre.  It made absolutely no noise.

It moved gracefully and seemed to have ‘eyes’ on either side of a rather thin face or front part.  Maybe they weren’t eyes, but portholes through which the little inhabitants could gaze on my frail human body.

It hovered silently above me for about a minute.

I stood up and did the only thing that modern humans know how to do these days; I took a selfie.  Then I took a picture of the UFO.  I tried to photobomb it, but the angles were all wrong and it was way up in the air.

Anyway, it started to circle me, a bit like a fly might go round and round, except it was way over my head going round and round.  Then it just as majestically wandered off until it had disappeared out of view.

So wtf was it?