18 January, 2014 Christopher England Media, TV Comments Off on Harry Potter IS Doctor Who

Can anybody tell me why I just sat down and watched all, yes, all the Harry Potter films in one go?

Anyway, I was fascinated by the number of very key parallels with, of all things, Doctor Who. Yes, Doctor Who. Now, I am a bit of a Doctor Who anorak, to be fair. Not the ones from the last century, mind, just the more current ones. Well, ok, I probably got scared by the first ever doctor, and maybe a few of the others, but for most of them I thought they were very silly doctors who didn’t deserve my attention in any way.

Only two things are etched in my memory as being worse than last century’s Doctor Who, and that’s Blake’s Seven (even with its side splitting laugh out loud death scene of all the cast), or the absolutely awful Red Dwarf (which I’m told was supposed to be funny). But I digress.

So, some of those parallels with Doctor Who. Well, the most noticeable one is the wands. A wand is used to shoot spurty light things at people, it can be a torch, a door opener, a device for fixing broken things, and, well, it can be the focal point for anything you need to happen, like a kind of instant Swiss Army knife without the metal bits.

The most frustrating thing with both Harry Potter and Doctor Who is that nobody important bloody dies. Well, they die but they regenerate or they hang around in bits of magic spells, such that they can converse with characters who are still alive, even though they are bloody dead. They can do this to the point where they can ask for their recently dead body to be returned to their parents.

I mean, how many times do the daleks have to be completely eradicated as a species before returning again like an infestation of earwigs or dog fleas? And Voldemort, right, he keeps coming back despite being zapped in earlier films. That’s almost as believable as one of those B films where they re-grow Hitler from his ear that some Nazi had chopped from the Führer five seconds after his death and pickled in a jar.

OK then, so far we’ve got Doctor Who and Harry Potter both suffering from lack of actual death, and wands being an ancient magical version of a sonic screwdriver.

Add to the pot that both have the ability to time travel and to teleport and zap from here to there, and that the central character is always surrounded by ‘companions’ who don’t always understand wtf is going on, and, yes, Harry Potter is Doctor Who.

Yes, true, Doctor Who is an old man in a dark blue Crombie coat with red lining, whilst Harry Potter is a young boy into teenage man, just wearing old man style cardigans and shirts, but the other parallels are completely amazing, right? 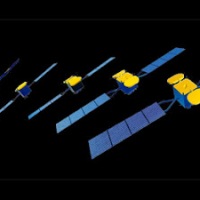 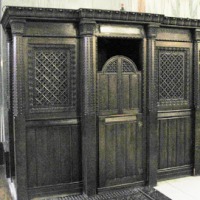