It seems hard for da yoof to imagine, but there was a time before we had constant and instant communication through things like Facebook, texts or mobile phones.

Over here in Britain, this was something we were not allowed. The idea of citizens (or should that be ‘subjects’?) openly talking to each other was bothersome for those who policed us.  Not unexpectedly, during the 1970s a whole stream of ‘illegal’ CB radio sets found their way into the country and they became the essential accessory to the Ford Capri and the other ridiculous must-have cars of the day.  Everybody drove around with huge aerials mounted to their vehicles, and CB Accessory shops sprung up everywhere.

In Britain we had no idea how to use CB beyond what we’d seen on the American TV programmes and movies within which CB had featured, complete with its strange American slang and procedures.  We therefore adopted silly American accents and carefully learned all the stupid words we’d seen on the telly. Well, some of us didn’t, and were thought of as very strange.

For a while, CB was an excellent form of social media, allowing new people to communicate and meet up and form friendships, relationships, have arguments and live out lives more or less exactly as people do so publicly on Facebook these days.  It’s just that in those days it was on the two-way radio.

CB was a moment in time and had its heyday before it was eventually legalised.  Once it was legalised it wasn’t fun any more and became a place for bored children to play music, rather than allow actual conversations.

Now, decades later, CB is back!  This time it’s available as a free App on mobile phones.

“CB Radio Chat“, created by Polish software writers Plugmind, works a bit like old style CB by turning your phone into a CB radio ‘rig’.  It has a number of different channels you can pick from, some ‘themed’ for the type of discussion expected on them, the rest just numbered channels for you to pick to use for whatever reason.  To speak, you press the big button on the screen of your phone, say your bit, and then everybody else on the channel hears you.

There are interesting differences to real CB in that each ‘bit’ that is said is played back one after the other, so unlike real two-way radio, nobody gets jammed or blotted out.  There are additional filters so that you only hear (and are heard by) people speaking your language.  In other words, people speaking Spanish can occupy the same channel as people speaking English, but neither will ‘interfere’ with each other or be heard by the other language speakers.  You can also chose how far away you want to be able to hear people. Leaving this setting at “Worldwide”, gives you everybody, or you can pick just your hemisphere, or continent, or country, or a few mile radius.

“Worldwide” means every channel is full of tedious Americans, who are currently dominating CB Radio Chat’s user base, but by careful experimentation you can remove most of these and get to speak to your own neighbours.

Another interesting facility is that you can “Red X” (as they have taken to calling it) anybody who’s annoying or boring and you won’t hear them again for 30 minutes.  For others who you don’t want to ignore, but are being a little bit boring, you can skip through an individual message.

I guess the only disadvantage is that a channel with a lot of people talking on it becomes subject to a delay as the messages queue before being ‘played’, so a conversation can become fairly disjointed.  I guess the trick is to keep the number of people down to smaller ‘nets’ (as they used to be called) and to filter out the morons.

Strangely, a large number of the Brits using CB Radio Chat seem to still believe they have to talk ridiculous slang in bad American accents, so in that respect nothing’s changed since the 1970s.

I don’t expect this will grow into the social tool that real CB became in the 1970s and early 1980s, but it’s an excellent and fun novelty and highly addictive. 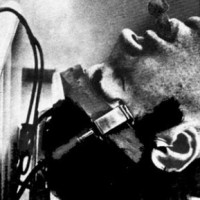 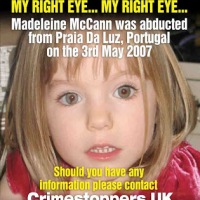