After the horrendous protracted killing of over 80 souls in Nice, France, and further souls last night in Munich, the internet, or, to be more accurate, social media, lit up with the outpourings of sadness from the mainly Millennial base who see it as their task to respond with proxy tears.

They compete with each other to write the perfectly passionate and most tearful tweet they can think of. It’s also very essential to invent or use an appropriate poignant hashtag. Most importantly they have to change their profile picture to whatever is trending as a meme, or at the very least superimpose over their regular picture, the flag of the country the event has occurred in. Being last to do this carries abuse from others who suggest the latecomer is uncaring.

Of course, thousands of people can be wiped out by an event in a country the Millennials have never heard of and they’ll not react in any way. 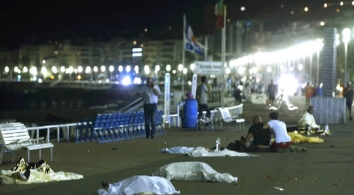 Most odd is this thing they do of ‘praying’ for (say) ‘Paris/Nice/Munich/etc’. They put it as their status on social media as if it somehow makes everything all better. But what does it actually mean?

They are praying for what exactly?
Are they praying ‘for’ the dead people? What do they hope will happen?  The dead people will just come back to life when the god they are praying to suddenly says, “Oh, sorry about that, my bad. I didn’t mean to organise the death of those people. Here you are, all fixed and mended.”

Are they praying for the survivors who are hurting because of the death of their loved ones, their children, their families? Is the prayer designed to make those grieving say, “Ok, my child was crushed under the wheels of a truck being driven to kill, but it’s ok now thanks to all those prayers from people I don’t know.” Is that it?

Just what is the purpose of all these prayers?

I mean, we are told that everything that ever happens is part of a god’s bigger masterplan, his will, which is far too complex and mysterious for us to understand. It was his intention that all those people, especially the innocent children, died in such a horrible way. So, why pray to him? Surely, lots of idiots muttering away in his ear and doubting his decision is just going to piss him off, make him more angry, and make him randomly kill even more?

So, the people who ‘Pray for ….’ are actually doing something very dangerous. They are messing with and challenging their god’s plans. Surely they should just humbly accept his will. If their god decides that human beings should be taken out in such an apparently unnecessary way, then that’s his choice.  His will.  He knows what he’s doing.

Or do those doing all this praying not trust their god to do the right thing? 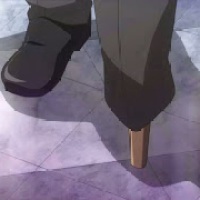