27 February, 2015 Christopher England Behaviour, Social Engineering Comments Off on Cannabis and the paranoia it brings

We know that cannabis, even in its mildest form can have a dramatic affect on the mind. For those afflicted with awful diseases like Multiple Sclerosis, cannabis can calm the mind and inhibit the constant and unbearable pain.  Without doubt, the medicinal use of cannabis is something that needs to be legalised to help these people.

However, the reality is that smoking cannabis recreationally dangerously affects the mind.  These days the majority of ‘doke smokers’ use ‘skunk’, an extremely strong variation on the original cannabis plant.  And, like with alcoholics, the majority of ‘dope smokers’ overuse the drug day after day after day, leaving the mind with no chance to repair itself inbetween sessions.

Continuous use leads to the development of semi-permanent psychosis, which manifests itself in paranoia.  And it is this paranoia that should concern us all, because it is this paranoia which is growing and becoming the norm through sections of society.

The paranoid are no longer able to distinguish reality from fantasy.  Dope heads fill the Jeremy Kyle TV show sitting on stage saying they believe their partner is cheating on them with four or five different men when they go to the loo.  The logic of this being impossible because they live on the 15th floor of a tower block, and their partner is only sitting on the loo for 2 or 3 minutes, passes them by. Their mental state tells them that somehow she is having sex with four or five men.

The issue with this kind of paranoia is that it defies logic.  In normal life we examine and dismiss things that aren’t logical. The paranoid don’t know how to do this any more.

The paranoia extends beyond just the Jeremy Kyle fodder of pointless people using dole handouts and theft to fund skunk habits.  Dangerously, it infects the minds of those who then become environmentalists, human hating environmentalists at that. The paranoid love to hate other humans and to blame them for an imagined pending disaster.  This is a manifestation of their psychosis.

They do try to make sense of life, as we all do, but the majority of skunk users get addicted to conspiracy theories instead of reality. They can’t tell which is which.

Actually, they can’t work out what makes sense and what doesn’t. That’s why they fill their heads with all forms of nutty theories. Their ability to reason and be rational is destroyed. Their paranoia enhances any conspiracy theory that in some way makes out that ‘they’ are out to get ‘us’.  The ‘they’ can be anybody or anything from ‘the Government’ to aliens or even the super-rich.  Their paranoia makes them accept that the royal family are actually lizards dressed up as humans, and that there is a secret ‘illuminati’ controlling everything.

On the face of it, it’s quite funny to watch.  But these druggies are getting dangerous.  Their irrationality makes it seem extremely ‘logical’ to them for them to do terrible things to other humans, to say terrible things about other human beings.  This is the point at which it stops being funny.

The problem is the growing number of cases of irreversible paranoia and psychosis which studies are showing are directly caused by extended regular drug use.  Not only is this a strain on our health service, but it is also a strain on all of us normals who are constantly under threat from the irrational actions of those whose minds are controlled and distorted by the cannabis use.

When cannabis is legalised, life is going to get so much more unpleasant for normal people. 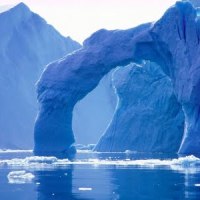