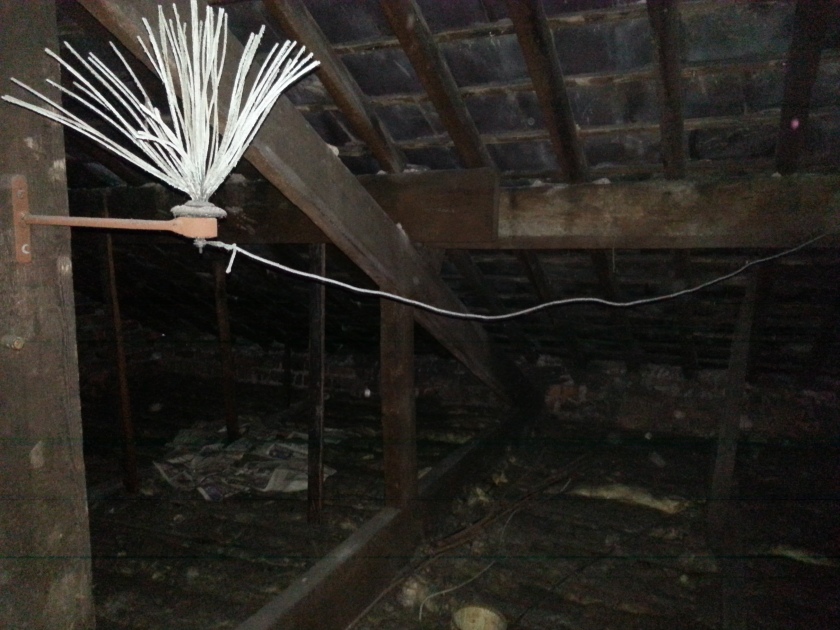 Venturing into the loft of a very very old house, a pal of mine found this odd spider.

Ok, it’s not a spider, but I thought I’d throw this open to you, dear readers, for between you there is a wealth of knowledge.  Now, my thinking is that this is some kind of aerial.   But for what?

And then, from this contraption there goes away a feeder type cable.  It is strung around the loft in a rather haphazard fashion, but cut off from wherever it may have gone to downstairs.