I’m only a slight racist.  Everybody’s at the very least a slight racist, even though people will protest loudly with the phrase, “I’m not a racist, some of my friends are Black,” or some such other nonsense declaration.

Of course they are racists!  Everybody is.

It’s what you do with your racism that’s important.  It’s how you control it.

Look, racism, just as speciesism, is natural.  It’s how we survive.  It’s nothing to be ashamed of. I mean, right let’s examine ourselves. 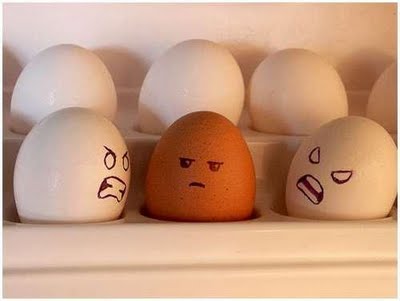 Imagine there is only one life-saving operation available but there are two candidates.  The one who gets the operation will live, the other will die.

One candidate is your mother, the other is somebody you don’t know. Obviously, you will want your mother to have the operation and not the other person.

This, in its raw core is the illogical favouring of one person over another, even though there may be circumstances which would logically say that your mother should be the one allowed to die.

The tendency to favour ‘one’s own kind’ is natural, and extends outwards from immediate blood relatives to extended family.  In other countries it extends such that the rulers will all be from one family, and the most hated and tortured will be those who are the most different to that family.  It’s all racism, even though at the more connected level it’s ‘familyism’. The greater the degrees of separation from ‘family’, the more it becomes obvious it is a ‘race’ thing, the greater still, the more it becomes a ‘species’ thing.

We can’t help it, but we grade everything and label it after comparing it to our own familiarities.

So, as I’ve demonstrated, racism is perfectly natural, part of our survival, and in itself isn’t something we should be ashamed of or pretend is not part of us.

The real key, however, is how to control that racism as we become a more integrated society rather than the inbreeding villages of the UK of yesteryear or the Asian sub-continent of today. The more isolated we’ve been, the harder it is to control.

Having lived in London for most of my adult life, I have always been part of a forced multi-culturalism, living and working alongside people from all different backgrounds, colours, race, religious beliefs, and experiences.  On many an occasion my English White heritage has made me the ethnic minority or disadvantaged, but for the most part I, as with so many others, have just gotten on with my life just accepting the differences to the point where I’ve not even noticed them after a while.

To quote the cliché, many of my friends were from other races.  Also, there was a new set of ‘hybrid’ or ‘mixed-race’ second or third generation who were basically from no single racial heritage, but, excitingly, they were creating their own.

Racism in London exists, of course, and it has historically gotten quite heavy.  However, for the vast majority of folk, the living of parallel lives or the acceptance of those we interact with regardless of their racial, ethnic or religious badge is by far the greater way of life.

However, for a few years now I’ve lived in Liverpool.  There are spots or areas where people are not the heritage population of inbreeds, but for the most part the level of overt racism is quite shocking and sometimes distressing.  By far the majority of the population are not only long term English Whites, but also, the vast majority are only from this area, or the ‘North-West’.

It was a great shock for me that my London, or Southern English accent caused racist reactions from the inbred Scousers.  They will still to this day pounce on it and discuss with me how I’m an outsider or ask when I’m going back ‘down South’ as if I shouldn’t be here.  Very commonly, they will try to engage me in quite awful discussions about how they hate ‘immigrants’ (which apparently means Blacks, Asians, and Eastern Europeans more than it means people from the South) and it must have been terrible for me in London because London is full of ‘them’.

Racism is very open here.  Mind you, the community is either of Catholic heritage or Protestant heritage and traditionally hate each other anyway, with the recent troubles in Northern Ireland opening many a heated discussion too.

The fact that I work with a lot of people who are here from Poland causes me no end of grief. Now then, my policy is that a job is a job is a job, and should a person come to me asking for a job I assess their ability to do the job, then their ability to be not too disruptive within the organisation (as in, get along or tolerate co-workers, not rip the company off, and generally just fit in and get on with it and vice versa), and if they pass they pass.  Their sex, age, race, religion, or shoe size is irrelevant. Although I would not discriminate against a local inbreed, the fact is that they rarely apply for the jobs.  The Polish people, whilst having their bad apples, are generally hard working, cheerful, and honest workers.  They all tend to know each other, even as distant cousins, and so they ‘self-police’. They also are on a mission.  They want to work hard to earn money and then get back home.  There’s an honesty there.  Good for them.

Hold on a second.  See what I’m guilty of?  Yep, even more racism.  I have stereotyped the Polish ‘race’ and given them a glowing appraisement.  Well, that’s because I’m slightly racist, as I said at the beginning.  And the fact is that one can generalise about racial traits.  It’s what one does next that’s important.

I wouldn’t deliberately employ a Polish person over a local inbreed.  To do so would be the unacceptable face of one’s racism.  Neither do I have to fight any desire to be ‘fair’ in that respect.  Equally, I cannot join in with the petty-level slagging-off of non-Scousers that the inbreds engage in constantly.

They openly hate other races.  Even the mother of a girl who was potentially going to be employed as an office cleaner rang to say she had concerns that her daughter had said to her she’d be working alongside ‘foreigners’.  She wanted an assurance that her daughter would be safe.  Yep, that’s the mentality of the average Scouser.  It’s like taking a step back to the 1950s compared to life in London.

Scousers, from the very young to the very old, will liberally use terms like ‘Paki’ and ‘Nigger’ and speak so negatively about those they’ve just name-called.  Nothing seems to be being done to address this in the schools or in their local society.

As long as I don’t open my mouth and so expose myself as a foreigner, I can sit or walk amongst these inbreds listening to their conversations, or their sharp intakes of breath and bad language when they spot a woman wearing Muslim clothing in the distance in a supermarket, or their drunken conversations about how the Polish have taken all their jobs.

It’s the way it is in Liverpool.  I don’t like it. 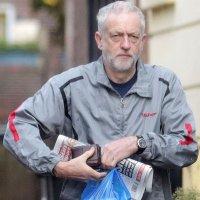 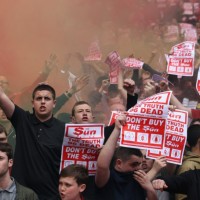