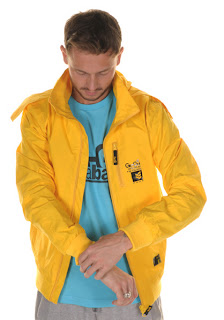 It’s always been a mystery to me as to why when the prettiness of summer has given way through the shades of autumn to the bleak dark greyness of winter, that humans seem to copy this. You’d think that during the summer when nature is making all around us vivid and exciting that we’d want to take second place to this by wearing uncluttered plain colours. More importantly, when it then comes to the bleak mid-winter the logic should be that we cheer ourselves up by wearing a bright mish-mash of colours and a sea of Hawaiian shirts. We don’t. Instead we mirror the dullness of winter with dull winter clothes.

This is still the case in the suburbs of London, yet even when it’s dull outside there will be an exciting collection of different styles and different colours, keeping the place buzzing even though they are more conservative. In fact, and probably because of the multi-cultural nature of London’s suburbs, you won’t see a single ‘uniform’ being worn by everybody. Instead, groups of types of people (as in, all interested in a similar music or coming from a particular neighbourhood) will tend to wear whatever is fashionable for their type, but as you move around you will see plenty of different styles and different types.

Generally speaking, in London young men are very colourful and bright. Some groups of young men will all be wearing ‘the same’, but it will have quite a variety to it and it’ll have colour. Colour is a key component of what the young men are wearing, and that includes exotic motifs and designs.

This is not the case in the North-West. Here, where street lights are generally dimmer and further apart, and buildings are derelict or tightly shuttered by black painted metal work, young men are monochrome and menacing. In the shadowy streets they will hang around like flitting ghosts scared of colours.

The centre of the ‘uniform’ worn across Merseyside is the ski-wear jacket (ski-wear? In England? Eh?) branded “The North Face”. Very rarely does anybody dare deviate from this, nor do they dare wear anything other than black, charcoal, washed out blue or dark grey. The idea of wearing even a bright blue or a red is frowned upon. It has to be dark, near black, monochrome.

I mention monchrome because it is amazingly true that a photograph taken of Merseyside’s Monochrome Men could be taken first in colour and second in black and white. You wouldn’t be easily able to tell the difference, both would look like the black and white version.

The clothing they wear under the jacket mustn’t have colour in it either. A shirt, jumper, sweatshirt, or whatever it may be that they are wearing must look washed out and grey if it can’t be black. It certainly can’t have Ed Hardy style designs and prettiness to it. Vivid colours and patterns are illegal. It has to be bleak and look like the wearer is a coal miner just out of the pit.

There is one and only one exception to the colour bar, and that is when the blue of the Everton strip or the red of the Liverpool strip is worn. Every Merseyside male has a replica football club shirt, it is the law. This is the only time a hint of colour is allowed to be seen, and these have to be worn at least three days out of every week. The rest of the time, only the bland colours are allowed.

Trousers have to be dark and similar to the North Face jacket, and usually of a combat style. These come in two different lengths. They either have to be a metre longer than the wearer’s leg, and turned up into a pile balanced on top of the (black) trainers, or they have to be so short that they leave exposed the lower part of the leg. Hairy uncovered legs between just below the knees and the socks are essential in the summer.

Head gear is split between scally wear and non-scally wear.

Scallies are the unemployable, druggies, vandals and Asbo kids, and they have to wear a cap. It has to be black of course, and usually is a tight fit to enhance their sticking out ears. Scallies always have ears that grow at right angles to their head rather like a Toby jug. The more the ears stick out, the more psychopathic the individual scally usually is.

Unlike down south, they wear the cap the correct way round. I’ve wondered if this is because the lower level of the sun in the sky up here means eyes need to be shaded, or maybe its because they were taught to wear their caps properly during the few days in their much younger life that they attended school.

Non-scallies, who are usually nice people, will wear woolly hats. Again, these must be black, and should sport either the Great North logo, or Nike or adidas. Failure to have one of these logos on may cause the wearer’s head to explode. A similar fate awaits anybody not wearing a cap or woolly hat. Fear of heads exploding keeps them covered at all times except under certain circumstances like when the temperature has reached above 35 degrees Celsius.

Hair is not allowed in Merseyside for the males. Heads are shaven whenever hair grows to more than a millimetre in length. I’m not sure why. Maybe the abrasive stubble helps keep the cap or woolly hat on.

Having been in Liverpool for a few years now I am getting used to the monochrome men, and do get shocked at times when I see colour. Sometimes I see vibrant colour and variety in central Liverpool worn by the students from other parts of the country coming to serve their time at one of our great universities. They don’t know the rules of the Liverpool suburbs and can be a breath of fresh air to behold and remind me of how every day used to be a breath of fresh air day back in London’s suburbs. That was before I settled amongst these greys and blacks of Merseyside’s Monochrome Men.