I recently listened to 30 minutes of Radio Caroline and reported back (here) that my experience led me to label the station as the player of ‘rock oldies’.  Peter Moore responded (here) with a comprehensive explanation as to why this appeared to be so. However …

Tuning in to Radio Caroline for 30 minutes to prove my point did in fact prove my point, but equally, as Peter pointed out, I could just as easily have picked a different random time that subsequently completely disproved my point.  So, going by what Peter described, Radio Caroline is trying to be all things to all men, despite his article ending asserting that one can’t be all things to all men.  I’d like to agree that radio can no longer afford to even attempt to be all things to all men and say (politely) that maybe Caroline should now stop trying to be.  It’s not how we listen to things in this day and age.  We zap onto a channel, sample it, and then we are gone.  We don’t hang around like we used to, or even think it might be different another time.

I guess it’s like a specific beer or wine.  We sample it and assume that it will always taste the way it tastes the first time we sample it.  We don’t come back to it if it doesn’t suit our palate, instead we make a note that it’s not for us.  We don’t expect it to be different each time we sample it, or indeed to even bother to re-sample it.  Once we’ve mentally labelled it, that’s it.  So too it is with music radio today.

Music radio listening has changed so dramatically over the last half century that there is almost no longer a need for music radio.  As a self-confessed radio anorak, this of course depresses me.  Quite deeply. 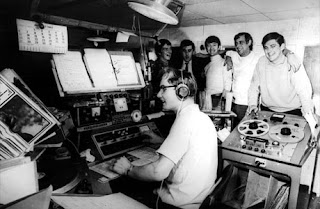 When I was a lad there was nothing else.  There was no internet instantly giving access to any song I can imagine.  Heck, even my phone has an application on it which will listen to me hum a tune then go away and find it and play the original back to me, complete with pictures and details of the artist and what they are doing now. Back in the olden days I, along with all the youth of that day, would have to buy a weekly music newspaper (or two) to carefully read about the latest music releases.  In a way, that’s as bizarre as only having access to beautiful portraits and stunning paintings via somebody describing them to you.  However, that’s the way it was.

Pop music was given tiny blips of airtime in specialist programmes which the youth would attentively listen to in order to get what might be their only weekly access to what they wanted.  If programmes were likely to include the odd pop record, then the youth would patiently sit through all the other rubbish waiting. There was nowhere else to go.  A Sunday afternoon show from the BBC of Family Favourites would slip in a pop record or two inbetween their popular extracts from the Mikado or hilarious comedy songs from Val Doonican.  Once again the youth would sit there listening to all the other rubbish waiting for the chance to hear something that appealed to them.

When the pop pirates started, the same waiting was true, but the waiting time dramatically decreased.  Not every pop song was to a youth’s liking, especially if they were a ‘rocker’ and the radio station was currently playing a ‘mod’ record.  Yet, they’d wait because they knew it wouldn’t be long before something came on that they would love and want to turn up loud and the ‘rubbish’ they had to sit through was less tedious than Val Doonican. 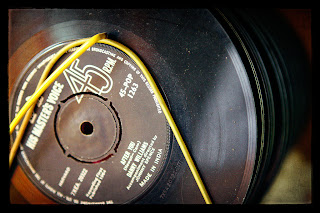 As record players became cheaper and more a mainstay, the youth could play the songs themselves instead of having to wait for them on the radio. Because of the expense, it was still not an attractive alternative, with the average youth only owning 20 songs, whilst the radio stations would be able to play so many more.  And they’d be able to play more of the new songs that the youth hadn’t yet been able to buy.

As tape recorders became more affordable, the home record player could be supplemented by recordings of records playing on radio stations (with all the annoying adverts chopped out), and so from the late 1970s the importance of music radio took the start of its current nose dive into unimportance.

The average music lover now owns more different songs on their iPod than a radio station will play in an entire year.

But most importantly, nobody has to sit and wait.  Whether listening to an iPod, listening via a PC, listening to a streamer via a mobile phone, the ‘fast forward’ or ‘skip’ button is there.  None of that having to listen to extracts from the Mikado any more.  Indeed, none of that having to listen to chatter and DJness or adverts or travel or weather or news or jingles or anything apart from the song that fits for right here and right now. Music, any music, is instantly available in a way that music radio just cannot provide.

Hence, the slow death of music radio, to the point that we now have what were once self-contained radio stations being replaced by the relay of a single centralised music programme across the UK.

Music radio is now confined to being the burbling wallpaper in the background of places where it’s cheaper to leave a radio running than to put an iPod on random, or stream from one of the many music servers (like Spotify).  Nobody is consciously listening to the DJ, the adverts or any of the non-music bits.

So, where does Radio Caroline fit in all this?  Well, of course, Radio Caroline comes from an era where it expected people to listen through all the rubbish waiting for the chance hear something they considered to be good.

Back in the 1960s Caroline had a number of different formats.  Starting in 1964 as an easy listening service, dominated by songs from shows and instrumental music, and a year or so later mutating into the bubbly pop music service most people remember it being.  It provided an alternative to the legal services.  It was a service enjoyed by the teenagers of the day.  It was current.  It was relevant.

When pop music was then being played by the BBC and the growing number of commercial stations in the UK, Caroline turned to satisfy the new teenagers of the day and their need for new rock and alternative music that just wasn’t available anywhere else, or if it was, was confined to tiny pockets of programming like pop music had once been.

Somewhere around this point Caroline then got stuck like a broken record, and, despite trying to pay lip service to modern music in the 1980s with a most bizarre output that pleased nobody, a bit like a granddad running the disco at an 18th birthday party, the suicidal and deadly serious wailing guitar has dominated and defines today’s Radio Caroline. 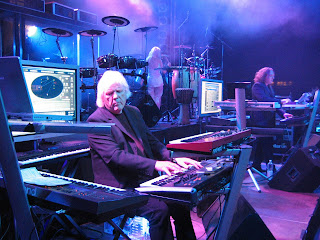 Radio Caroline means many things to many people, but at its very foundation was the agenda that it was there to assist new artists and new music.  In the 60s it played the new pop records that the BBC couldn’t play too many of owing to the strange restrictive practices of the Musicians Union and the ‘needle-time’ restrictions they imposed on broadcasters.  In the 70s it brought the youth the alternative music of the day, bringing new audiences to concept albums where songs didn’t last 3.5 minutes, but maybe up to 20 minutes and maybe they didn’t have a vocal hook repeating over and over.  Caroline brought to the fore artists like Vangelis and Tangerine Dream, etc.  Yep, the kids of the 70s had long hair and smoked a lot of dope and they wanted the appropriate music!

But, if the Caroline history is one of pioneering newness, and that’s what it is fondly remembered for, why do the anoraks and enthusiasts who run it today not want it to still be so?  The original Caroline was never intended to be left on in an old people’s home entertaining folk in God’s Waiting Room.

Surely Caroline was there to shock and awe, not to be shockingly awful, and maybe it needs to stop trying to be all things to all men.