(A guest article from Peter Moore)

My Word Chris, that is a BIG subject you have opened, with your comments on [Radio] Caroline devotees and Caroline critics (here). Too large a subject to cover in one reply methinks, but possible worthy of a few essays, building in to the total picture.

But before I start a few examples or perhaps parables.

I have a pal who helps Radio Caroline and he is what you may call a proper bloke. What I mean is that he is well dressed, articulate, wife and kids, lovely home with holiday let cottages in the garden, just in the process of retiring from a good career. Because he was well off and liked old buses he bought a couple and restored them. Then to share his pleasure in the shiny paint and chrome and brass, the smell of varnish and new upholstery and the hot oil smell from the engine, he took his buses to a bus rally so others could enjoy them as well.

But, he said, the vehicles often were targetted by scruffy elderly men, with lank hair slicked across their heads. Duffel coats and satchels slung across their shoulders, note books in hand and a row of pens in the top pockets.

They did not say ‘Hey, great bus, well done’. They said ‘You realise that on the AEC 25B Road Monarch, the trim line down the side should be less wide and we do not think that is the correct shade of green, and the pattern on the upholstery is not quite right and the Monarch had seperate side lights and not those within the headlights’.

My pal thought about these people and wondered why they were, the way they were. He reasoned as follows:

None of these people would take the plunge and buy a vintage bus nor have any ability to restore it. So, the only way to avoid confronting their own inadequacy and the fact of their sad lives, was to rubbish the considerable efforts of a guy who did buy the bus and did bring it up to a high standard.

By picking supposed faults, they felt superior to the guy who had actually done the job, rather than feeling inferior since they would never achieve anything.

I told the story to a Coach operator who laughed and said that he had been to a commemorative day at Aldenham bus garage. He met two guys who fitted the above description and they were carrying a folded canvas blind. He asked them what attracted them to Aldenham and they said that they were building a complete Routemaster. At once my pal realised that the men were holding the blind that drops down behind the bus driver and which prevents him being distracted by the lights in the cabin at night.

‘Excellent’ said my pal ‘and how much of the bus have you got so far ?’

The men said ‘this blind’. 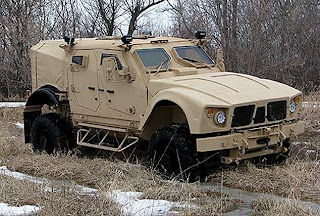 Finally, I have a big shed on a farm where I keep I keep my boats and cars and engines and stuff I like to tinker with. Next door is a bigger shed crammed with American Military vehicles. All through the summer, the owner and his mates don USA uniforms and drive in convoy to military rallies where they role play all day pretending to be American soldiers. In this way they can be in character but with no risk. Nobody is hiding behind a hedge waiting to take out the front vehicle with an anti tank gun and then rake the stopped convoy with machine guns.

So, my conclusions in Lesson One are that firstly any specialised subject, be it trains, buses, canal boats etc etc attract fanatics who obsess on the subject. They are all misfits, just like the people on the forum called Garry Stephens.

Next, these people will never do any more than observe or pretend, or do the very minimum in order to feel involved. So they achieve nothing, other than to be a minor nuisance.

If you permit, I will return to this subject in a while asking ‘what makes a legend’ and also discussing another facet of these people, namely to worship failure.