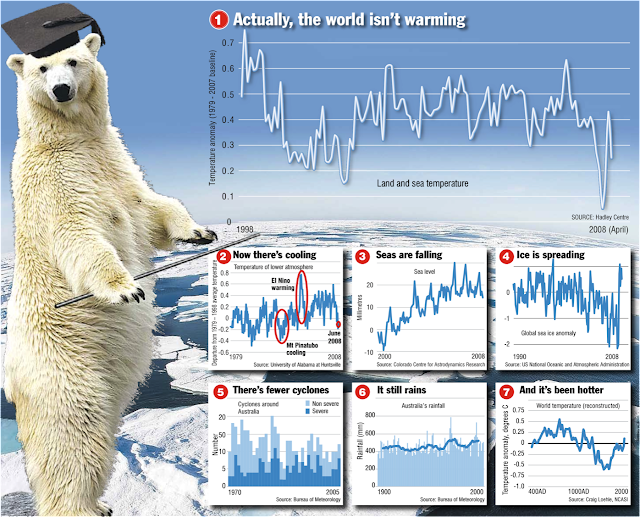 In recent times the climate change debate has reached the news, with a far more hostile attack on those who are sceptical about the dogma that surrounds the religion.

I’ve seen this hostility before on other subjects and beliefs and I’m pretty sure it’s the same as the agnostic or atheist people used to experience from those of a deeply religious persuasion.  Indeed, throughout history the Catholic religion can be seen painfully executing the death sentence on women who it had decided were witches or didn’t fit their definition of being allowed to live in their ‘faith’.

To examine what’s happening within the climate change debate, it’s necessary to step back and see all the different groups of ideas and what those with like minds are called.

First off, there are the Climate Warmists.  These are people who have decided (regardless of the evidence) that the planet faces a catastrophe of man’s making.  To them, the planet is warming and we are to blame, and we’re all doomed.  They treat those who disagree with them as any religious zealot treats heretics.  Many Warmists have ulterior motives as to why they wish the world to believe them, and are highly funded by the ‘green’ movement.  Global Warming, like any religion, is making a chosen few extremely wealthy.

Next, the Climate Lukewarmists.   These, with a tendency to more rational thought, mainly believe the planet is warming, think most of the evidence points to this, and that humans might have contributed to it. They are not as aggressive as Warmists.

Then we have Climate Sceptics.  I guess these would be the agnostics of the climate science world. Usually they take the position that the predictive science and modelling is confused, muddled and not settled, and certainly even if the planet is warming (or cooling), it is neither proven that man is to blame, nor proven that anything we do will make the slightest difference.  Most Sceptics are interested in knowing more.  Most Sceptics get caught up in wonderment at the screaming banshee dances of the Warmists, and it is this that drives them further from any belief in man-made Global Warming. Without meaning to cherry-pick, they do and so fall into lots of different sub-groups that are maybe convinced of certain aspects but not others.  The common hunger is to find-out more and maybe then come to an informed decision rather than close their minds and jump on a bandwagon that requires ‘faith’ rather than science.

Below these we have Climate Deniers.  Given the unfortunate name ‘Deniers’ by the Warmists in order to make people think of them akin to Holocaust Deniers (people who don’t believe 6 million Jews were ruthlessly butchered during World War II), and so to tar them with an ‘evil’ brush, Deniers believe the science is settled that there is no Global Warming, and certainly humanity has no effect on the climate.  Or at least they’ll dispute any science to counter their position. A bit like the Warmists, they tend to have made up their minds anyway regardless of the facts or anything that comes to light.

Let’s talk about me.

I would say I come half way between a Sceptic and a Denier, flitting up and down, unsettled and waiting for more ‘input’ as Number Five once said.

I’m sceptical of everything by nature, and so this is how I approach climate science.  I’d guess I’m not convinced it’s warming, although I can see that when you homogenise temperature readings you can make it appear so.  Even if there is warming, it is only by the most tiny part of a degree, and is fairly obviously part of a longer term cycle of warming and cooling.  During the reign of humans on Earth, we’ve seen warm and cool.  For example, during the Medieval Warm Period, Greenland was called Greenland because it was, well, green, and vines were being grown for wine.  It was obviously extremely warm.  What puzzles me is why the ‘warmists’ try to hide this period.  Is it because it otherwise messes up their predictions, or is it because they keep adjusting the data until it is actually averaged out to a point of complete uselessness? 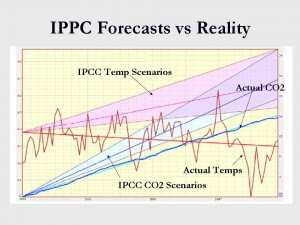 Now, talking of predictions, it was only ten years ago that the ‘warmists’ were telling us that by now children would not be experiencing snow, and would never get to see it.  That’s changed to how all the excessive snow we are now seeing (that should by now be a distant memory) is also because of Global Warming.  That’s got to be one of the biggest prediction Fails, surely?  And with ‘hockey-stick’ graphs not coming true, time is on the side of the sceptics who are not convinced by the dogma spouted by the ‘faithful’.

It seems that the more you try to look into the actual science, the more certain ‘warmists’ will block access to the data sets.  This was highlighted in the leaked e-mails known as ‘climategate’ in 2009 during which prominent and influential climate scientists were caught discussing how to block research papers they disagreed with from being ‘peer reviewed’ and swapped from data that disagreed with their need to show warming trends (such as tree-ring data) to data that ‘fitted’ their models.  They were so jiggling the figures around that they bore no resemblance to the original measurements.  How can this be science?

Then, of course, there was the whole tone of the exchanges.  Gone were the scientific conversations you’d expect full of testing and retesting hypothesises, but there was an air of dogma dominating everything.  The desperation to ‘hide the decline’ and discount anything that might be pointing to alternative answers to climate questions was more in tune with a belief based on unscientific faith and irrational religious dogma rather than scientifically tested results and re-checks.

For me, as with so many others, ‘climategate’ was the turning point, a great eye-opener.  We were supposed to be changing our lifestyles, sinking horrendous sums of money into greenerising everything, and all based on the ramblings of a very tiny number of people who seemed (from the e-mails) to be more pushing a fear designed to help them fund and build their empires than spreading the actual truth.  If anything, the truth was still not known, and an awful lot of fiddling had to be done in order to homogenise data to make it toe the party line that the world was ending.

The deeper I dug, the more I realised that the whole Climate Change doom thing was as raving bonkers as Colonel Gaddafi’s bizarre incomprehensible ranting.  It made no real sense, and yet there were loyal followers who drank it up and strengthened their resolve to promote the fear of the end of the world that was already deeply within them.

The arrogance over the feeling of human self-importance that some humans have is amazing.  They want desperately to believe that we have such influence that we are radically changing the world (for the worse) and have the ability to influence the larger aspects of the planet’s destiny. These are the same people who irrationally believe that wearing ‘lucky’ socks will somehow completely change and influence the day’s weather, or that the ritual sacrifice of other humans on an altar will somehow stop a volcano erupting.

This fear is so easy to manipulate.  People want to believe we’re all doomed.  They don’t care how we’re all doomed, they just ‘know’ we are.  These people are fodder for those who push the Global Warming religion. It’s got lots of doom in it, and lots of how we are all to blame.  It’s a perfect religion for the doom-mongerers.

The more I looked, the more I saw how the louder the manipulators shouted “We’re all doomed” the more money they got in order to measure how doomed we are.  Then there was the whole concept of carbon trading and renewable energy.  Big money.  Huge money.  Far more money than people realise.

So, with the confusion about whether or not the planet is actually warming (a lot of evidence suggests we are a few years into a cooling cycle), there is then the even more bizarre ideology that we are to blame.  It’s the CO2 we emit, so they say.  Even though historical records show periods of warming ‘lead’ the higher concentrations of CO2 which always lag behind such that one could argue that warming causes higher levels of CO2, not the other way round, the amount of the increase is so tiny that it itself is also barely measurable as a percentage of our total atmosphere.

The fightback against the control of data and the fearmongering caused by those that control the peer review process has taken an interesting turn.  It is in the blogosphere.  Now, openly and in front of anybody (including me) the actual science is discussed and chewed over rather than being an elitist preserve.  Not that I can always understand the depth to which certain elements are discussed, but I am thankful for the main places of scientific debate and discussion for helping me realise that the science is very far from being settled.  This is in contrast to the desperation for funding in exchange for doom and gloom prophecy.  That’s extremely settled.