So, we the people, read the manifestos of the parties that we could elect members of, and in May 2015 we elected the Conservative Party to run our country for us. Part of the Tory manifesto was for us, the people, to finally get a referendum on whether or not we, the people, wanted to remain as part of the ever bewildering European Union.

We, the people, had the referendum, and we, the people, decided by a majority to leave the European Union. We instructed our Government to deal with cutting loose and making us a free sovereign nation again. 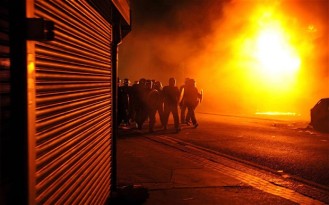 Well, that’s what the majority voted for. We, the people, decided we wanted rid of the obscure unelected powers that controlled our every move, thought, and connection with humans we wanted to trade with, buy things from, sell things to.

However, there were angry factions who decided that the majority will of the people was unacceptable. Whilst some of them shouted that we, the people, were racists, xenophobes, and that we should be punished for wanting to be free, others decided to explore alternative routes to destabilise our future freedom.

One of those routes is to crowd fund to support legal action. They’ve decided that what we, the people, voted for was illegal, and to be challenged in the courts.

This seems to be the way of today’s idiots. Take take take, bully bully bully. If they don’t get what they want, they throw a strop. Instead of accepting the will of the majority, they want what we, the people, didn’t vote for. And they are willing to pay for it. Kinda like a gangster might pay to make sure the police don’t arrest them.

To grind salt into the wound, they are calling it all a ‘People’s Challenge’.

They are not ‘the people’. We, the people, won the referendum fair and square, and we want to Brexit.

The only thing that I can see happening next, and quite justifiably, is that we, the people, who voted to leave the EU will take to the streets. We, the people, will riot, loot, and express our anger in the only way left to us. A tiny bunch of a thousand dickheads denying us our freedom, can only result in public disorder. There is no other way!

We, the people, will rise up until we get what we, the majority of the people, voted for: An end to our oppression.