24 June, 2016 Christopher England Politics, Social Engineering Comments Off on Brexit: What next for you losers?

Oh dear. This Brexit vote hasn’t gone the way you hoped has it? Now you are seething with rage. And embarrassed. And seething a bit more.

Those smug little bastards who ‘won’ aren’t going to let you forget that you were in the ‘wrong’ camp, are they?  Will they be as vicious about you in defeat as you were about them in the pre-vote debate? I mean, come on, think of the wild accusations you made about them. At times they were awful. Something to not be proud of. Are you going to apologise? 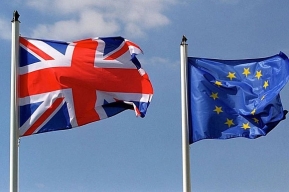 You’re just going to use your loss to sneer and say told you so as everything goes tits up over the coming years, aren’t you?

The country is divided and you want more division don’t you? Your ‘side’ loves division doesn’t it?

It’s unforgivable that you don’t want to unite under the decision that the majority of voters came to, but instead want to keep stirring and fighting, but I guess that’s what you feel you have to do.

Have you started the stories about the whole vote thing being a fix? You know, the pencil ‘X’s being rubbed out and swapped over to the other box. And of course, the postal votes all being changed. What about the conveniently flooded Polling Stations?

Yeah, that’s how you ‘lost’ isn’t it. Not because you were in the minority, but because the others cheated. Yeah, that must be it. And, don’t forget to moan about their campaigning and how it was so unfair. Yeah, the things they said about your side were out of order and negative, weren’t they? You never said such things about them, did you?

So, here we are. You lost. And you are mad as hell. Why can’t you accept that the majority were not on your side and it’s time to build bridges and mend, bond and heal?