17 May, 2015 Christopher England Behaviour, Social Engineering Comments Off on How speeding fines are just so unfair

There’s a single method to use to avoid being caught speeding. Don’t speed.

Indeed, strangely, this applies across all laws.  The best and most guaranteed method there is to avoid prosecution is to simply just not break the law. This method works every time.

Yes, some laws seem wrong, usually because you’ve not bothered to examine the bigger picture, but they are still laws.  If you don’t like them you campaign for change.

Their protestations will range from ‘Everybody’s doing it, so why don’t you prosecute them?’ through ‘Ain’t you got better things to do like catching real criminals?’ or ‘It’s a fix’ and to ‘The law is wrong, it needs to be changed’.  And there’s a whole lot of conspiracy theory nastiness inbetween.

The bottom line is that when speeding they are a criminal and have broken the law for which there is a penalty.

Thankfully they’ve not killed anybody this time.

However, the lobby of whingers is so vociferous that, stupidly, we give in to them and do things like painting speed-camera boxes bright yellow and putting up signs warning that they are there. Why?  Surely the best way to catch people speeding is to not let them know you are there watching and waiting.  But no, we have to tell them that we are going to monitor their speed and when and where.

Isn’t that a bit like informing a bomber that you are going to come and search their home for explosives, erm, “next Wednesday if that’s ok with you, sir?”.  In other words, it’s ridiculous.

Nevertheless, the whinging and complaining by the person caught breaking the law by driving too fast is relentless.  To them ’it’s not fair’. To them it’s never ‘I was in the wrong, luckily I didn’t kill a child, but I got caught deliberately breaking the law and so I will accept the penalty’.

Instead they whine on about how the whole thing is a money making venture, and their fines for parking, speeding or any other traffic violations, are just filling the coffers of the Authorities.

Well, Hello, moron, surely the best way to deny them this cash you object to them collecting is to not break the law in the first place?

In so many ways the real answer, especially for repeat offenders, is to just turf them out of their cars where the speeding has occurred and to leave them on the side of the road whilst towing away their vehicle to be instantly crushed.  They’d not be happy about that, and might decide to not break the law in the future, thus saving the lives of some of the children that get killed or maimed by selfish speeding drivers each week. 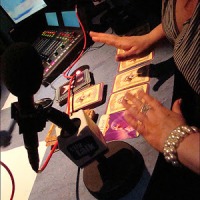