1 May, 2015 Christopher England Climate Evolution Comments Off on Don’t get left in the dark, buy this book!

So often the ‘left’ and ‘green‘ thinking people, having walked away from the more traditional religions of the previous age that they were indoctrinated with from birth, and desperate to hang their need for ‘faith’ on something, anything, turn to an irrational belief in humankind being to blame for bad things.

In fact, this need to human-hate stems from the human-hating aspects of the original religions they are growing out of. It manifests itself in their minds as an irrational belief that their own species are indeed doing something wrong and messing up the entire planet.

And, as with all religions that went before it, those who are not ‘believers’ are heretics who must be silenced, beaten, threatened, etc., etc., etc.

Well, one group of scientists has written a book full of all the facts you will ever need about ‘Climate Change’, or as I like to call it, ‘Climate Evolution‘.

You can read more about it and/or order it here. 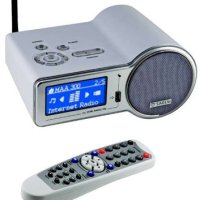