3 February, 2015 Christopher England Anoraking, Behaviour, Media, Muslim, Radio, Religion, Social Engineering Comments Off on To offend or to be offended, that is the question

I, probably like many others, have a number of discarded attempts at writing up my sad, depressing, witty and clever response to the whole Charlie Hebdo thing.  They were all abandoned, because they were pathetic and inadequate, and hence why nothing appeared here at the time. 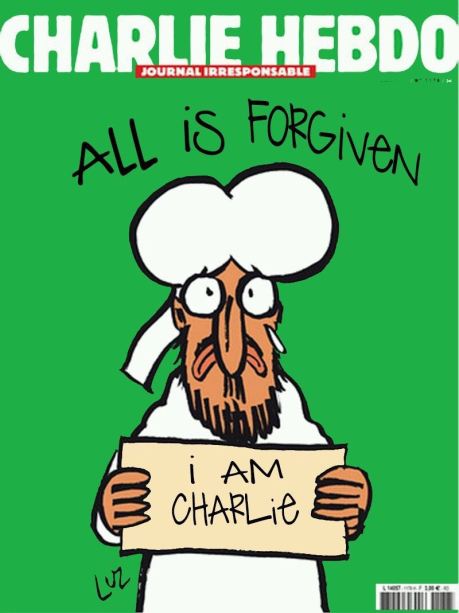 They were abandoned because I couldn’t get them right.

I am not, in the case of the ‘offended’, an irrational Muslim (and by that I mean that other flavours of Muslim are available), but I am a person who offends.  I laugh and point at so many.  The whole function of England’s England is to offend. Or is it?

Actually, if I had a prime directive, a primary objective, it would not be to offend but to make people question themselves and their longer term beliefs.  To them, I guess, I am just offensive.

But would any of my ‘victims’ go beyond just giving me a bit of verbal back?  Well, yes, in the past, when I said a few truths about Radio Caroline, I found myself receiving ‘death threats’, had my address published on the internet, and I had an aggressive ‘visit’ from one very deranged Radio Caroline ‘employee’ and radio anorak, with threats to myself, my property and my family.

And this was just about ‘radio’.  For so many, luckily now too old and senile, or thankfully, dead, radio anoraks, ‘radio’, or more correctly, ‘offshore radio’ and definitely ‘Radio Caroline’, was a deity.  It was alive and they worshipped it.  Woe betide anybody daring to question or criticise or not hold ‘it’ with the same reverence.  These ‘detractors’ had to be silenced and punished, they reasoned. By any means.

Again I say, this was just about ‘radio’.  But a religion chosen by parents and injected into the brain at birth, especially if it one of the religions born of the various desert tribes of the Middle East, whilst being equally ridiculous and open to ridicule, causes the ‘offended’ to kill.

Hence why the ‘offended’ massacred the people behind the ‘offence’, the makers of Charlie Hebdo.

So, in its simplistic way, I see what happened. Poke at nutters enough, over and over again, and they will snap.

But when does ‘poking’ become ‘bullying’?

Laughing and pointing at somebody holding ridiculous views isn’t bullying, surely?  Or is it?  Is ‘bullying’ in the eye of the, well the ‘bullied’?

Still a difficult one.

Surely, there are some things in this world that we shouldn’t just ‘accept’ and ‘respect’.  People ‘worshipping’ a radio station?  That’s not to be ‘accepted’ and respected. That’s to be laughed at, surely? Same as people worshipping, I dunno, a volcano, a pet cat, a fish, a, well, how about, an imaginary friend with imaginary superpowers called a god, a creator.

Sadly, there are a lot of people worshipping and taking very seriously their worship of an imaginary friend with imaginary superpowers.

These are the ones who will kill anybody who dares point out how ridiculous their ‘belief’ is, rather than either ignore, laugh off, or just give verbal back.

Killing somebody you disagree with has got to be the ultimate act of bullying. 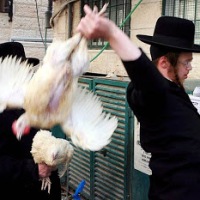