There is delicious irony in the ship taking Guardian, BBC and other leftie journalists and ‘believers’ to the Antarctic in order that they can file propaganda stories about global warming, getting stuck in the pack-ice they assumed wouldn’t be there, and having to make emergency calls to be rescued.

They had hoped to shoot video of penguins and somehow suggest they were dying out and it was all our fault. Or shoot video of melting ice and say the mantra, “It’s worse than we thought.”  All this was in order that the meme of man-made global warming could be reinforced and given some form of pictorial ‘back up’ as we head into 2014.

Despite it successfully swapping its polarity, such that the north and south poles on the sun have changed place, the sun has been remarkably dormant of late. Lack of activity leads to cooling on our planet. Hence why the Antarctic has reacted by being the first place where we can visibly see and measure the resulting earth-freeze.

The Antarctic sea ice extend is increasing year on year. Roughly speaking, 1/1,000th of the earth gets newly covered in ice each year. It is creeping ever faster, and soon the South Island of New Zealand will be similar to Greenland in climate and weather expectations.

Evidence of global cooling, including the record low temperatures currently being recorded within the Northern Hemisphere, is of course dismissed by those who want to believe the whole man-made global warming thing. And it is a collection of those consumed by the religion, that chartered the Akademik Shokalaskiy to take them on their jolly into Antarctica. On Christmas Day the ship sent its first mayday message saying that it was trapped by the ice.

Now, it’s of course potentially dangerous. The pack-ice can, with a following wind, apply terrible pressure to the hull of any ship, breaching it and causing it to sink. The passengers and crew are actually in quite a dangerous life threatening situation.

This hasn’t stopped them almost drinking the well-stocked bar dry and filing reports to the Guardian and the BBC full of jollity. Yes, they party on, ignorant to the complexity of the rescue effort. Three ships attempting to reach them have given up, one getting itself stuck for a while and needing rescuing itself.

Meanwhile the drinking and partying goes on. Displaying amazing ignorance of the cold, obviously besotted with ‘warming’ ideology, some of the propagandists on board have filed reports about how amazing it is that if they sit on deck trying to type, their fingers pretty quickly go numb and they can’t feel them. Really? How ignorant of reality is this cult?

At the time of writing this article, the attempt at rescue will be undertaken, weather permitting, via a helicopter from one of the rescue ships unable to reach them, but New Year’s Eve will be celebrated by further drinking and partying.

So, no pictures of starving penguins or melting glaciers then? The global warming religion dealt a blow by reality. The Antarctic, even during its current summer melt is a pretty harsh place to be if you are without an actual understanding of weather and climate. 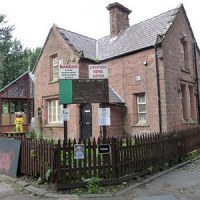