So, I was listening to Pete Price on Radio City the other night.

Pete is a 67 year old gay man who hosts a Sunday to Thursday 10pm thu 2am radio talk show. The rest of the output of Radio City (known locally as Radio Shitty) is the usual computer-segued 40 songs surrounded by 3 or 4 minute long shouty commercial breaks every couple of songs, constipated sounding voice imaging, and occasional generic sounding ‘presenters’ who read out whatever it is they are allowed to talk about, normally how wonderful the breakfast show or the competition designed to make listeners listen for longer, is. You know the type of radio format.

And then, as if time and space has stood still since the 1980s, there’s ‘Late Night City with Pete Price‘. It’s a phone-in for the most part, slushy songs for another part, and then more talking for the final part. When nobody phones in, interviews and bits of news oriented ‘packages’ are slipped in. The whole four hours warmly harps back to a long gone and sadly missed age of personality biased commercial radio when presenters didn’t sound like rabbits in headlights just waiting for the Borg group that owns the radio station to suddenly ‘disappear’ them.

Now, I mentioned that Mr Price is a 67 year old gay man because this is important.

This particular night I was listening, there was a two hour ‘special’ about prejudices against the gay community. The first hour had pre-recorded interviews with a number of iconic gay, transgender, or other older folks from the ‘scene’ with their stories of dealing with ‘coming out’ when being gay was illegal. 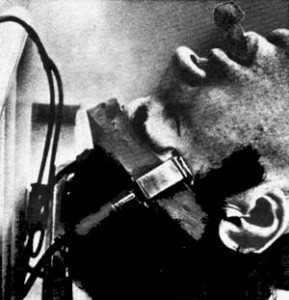 The particular part that I listened to and became extremely angry about was Pete Price himself describing the ‘aversion therapy’ he had been forced to have after he first ‘came out’.

I had been blissfully unaware that we used to do this to fellow human beings. In the era during which Pete Price ‘came out’ homosexuality was largely a criminal offence. It was considered to be something from which people could be ‘cured’.

In order to ‘cure’ a person of homosexuality, they would first be admitted to what in those days were actually called ‘loony bins’, kept in a small ‘cell’, and have a whole load of things done to them.

Remember these are usually life-inexperienced naive teenage boys, and back in those days none of this was ever really spoken of. Suddenly they’d find themselves receiving electric shocks whilst being forced to watch films of graphic homosexual acts. Usually their penis was wired and any sign of arousal was met with a vicious and painful electric shock.

The idea of ‘aversion therapy’ is simple; associate pain and fear with natural drives and inclinations until the victim suppressed them.

I’m not sure if this ever worked, but it was the science of the day, and for many hundreds of years beforehand.

Pete Price, as a young man, struggling with his sexual identity at the time, was subjected to this evil ritual. To admit this, and to describe in detail what he had been put through all those years ago must have taken guts. I felt very angry that as a society we had ever done this to people.

One of the interviewees was a male nurse who had been under instruction to perform similar ‘therapies’ on many innocent ‘patients’. He was just following orders, and in those days you assumed that what you were told to do was completely fine. He was, however, so very sorry for what he had unknowingly done. I felt for him.

Subsequent to the pre-recorded interview, he wrote a letter to Pete Price. It was a heartfelt apology on behalf of all the nurses like himself that had been part of this terrible legalised torture.  It was a very extremely emotional letter.

Later a caller spoke of his own experience, which included them cruelty erasing all thoughts about his boyfriend by giving him electric shocks to psychologically make him block them. How awful. I struggle with longer term memory loss, with whole sections of my life and people I am unable to recall, but to have people forced out of one’s head must be horrible.

Since we’re talking about me, the nearest I have ever experienced to ‘aversion therapy’ is as a pre-school child living in West Africa and showing a tendency to use my left hand. At nursery it was tied behind my back to force me to use my right hand. I’m not sure if I recall this or if I recall my mother’s vivid descriptions of the event in my later life.

Apparently my mother, on finding out after a few weeks went ballistic, and so the Ghanaian ‘child care professionals’ were told in no uncertain terms to let me use my left hand if I so wished. They did. I could use my left hand, but they refused to engage with me, leaving me in a corner to play on my own. Left handed people are possessed by the Devil. Or, at least they were back in the days when I was that 4 year old being completely ignored and given a wide berth by those nursery workers.

I suspect the experience of my very own very mild ‘aversion therapy’ didn’t scar me for life (although it might explain certain traits!). Equally, I am certain that Pete Price‘s experience has scarred him for life.  I am extremely glad he shared it with his listeners.

Huh. As a civilised human race our cruelty knows no bounds. 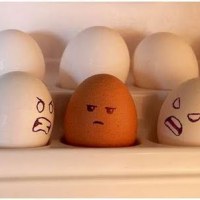 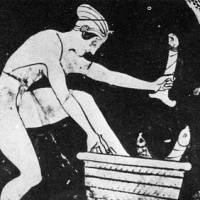 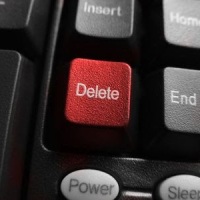 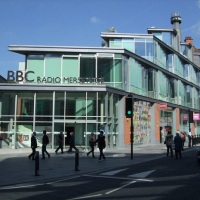 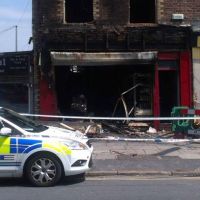 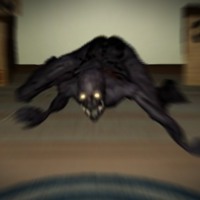