21 June, 2013 Christopher England Media Comments Off on True love will survive anything

In September last year I wrote a piece about the 30 year old maths teacher Jeremy Forrest and the 15 year old schoolgirl that I don’t think I’m allowed to name any more.  What I wrote all those months ago when they first fled to France questioned all the assertion that he/they’d done something wrong.  The original article is still here. 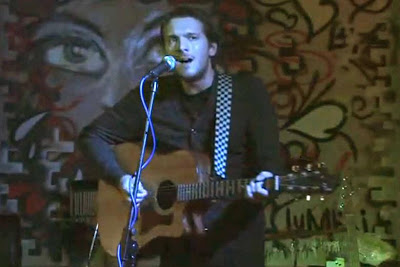 Well, the private love affair became a public affair for the court to pick over, squish the meat through their fingers, and throw the bones to the media vultures who had various pre-conceived ideas about what motivated the couple.  I’ve seen Jeremy spoken of as having ‘groomed’ the girl and some quite awful things have been said about him being predatory towards her.

The girl has been made out to be stupid, immature and liable to having ‘crushes’.

But, oh how wrong all these nasty gossips are, and oh how right I was.

The exchange of ‘I love you‘s across the crowded court room despite having been kept apart for the 9 months since they were ‘captured’ in France, showed the world exactly what was really going on.  The visiting orders for her to come and see him in prison, and her sobs as he was found guilty of something he clearly did not do, all point to the reality.

There was no abduction.

How can two people deeply in love who are forced to ‘elope’ be involved in an abduction?

Ok, I’ll concede that maybe those in a position of care and trust are probably most vulnerable to forming a loving bond with those they are caring for.  But, what seems to have happened here is that something very special has grown between these two, regardless of how people try to attack and denigrate it.

It’s extremely likely that they have a far greater bond, a far more passionate love, than any of those who are sitting on the sidelines sneering and sniping about either or both of them.

Love took absolutely everything else away from Jeremy.  He lost everything.  And, for a while after they were captured he even lost his love.  For this, I feel so very sorry for him.  The girl has been pitied, ridiculed, and had cruelly had the one main thing in her life that made sense taken away from her.  Yet, at the vital moment, that tear-jerking moment across the courtroom, she was able to tell him she loved him, and know that he still loved her.

In this life there are awful people out there.  They rape, murder, torture, kidnap, and do awful things to ordinary people.  These are the people who deserve to be punished by the law. Indeed, they deserve far more than the law is able to inflict on them on behalf of their victims.

However, in the love story of Jeremy Forrest and this girl I mustn’t name, both have been the victims.  Neither is a victim at the hands of the other.  They are victims of Cupid’s arrow and how our society will stand in the way of true love when it doesn’t understand it.

I truly hope that this inspirational couple’s love will flourish and, when they are finally free to do so, they will join together and live happily ever after.