I’ve said before how I have a pathological hatred of oldies.  Not old people, the music.  Well, maybe old people as well, but this is more about the music they want to hear repeatedly, I assume because they keep forgetting it five minutes after it’s been played.

There’s only one man who can make oldies interesting, and act as a neutraliser to their negative affect on me.  That man is Tony Blackburn.  I am unashamedly a Tony Blackburn ‘anorak’. 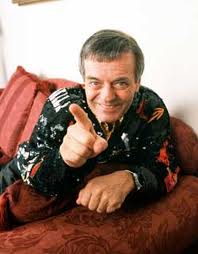 Every good radio ‘anorak’ knows exactly who Tony Blackburn is, and every good anorak is probably as puzzled as I am as to why he’s not been Knighted or given some form of official recognition for his years in the business.

Now, old style radio ‘anoraks’ will remember Tony for his offshore radio beginnings, whilst normal people will remember him for opening Radio 1 and being the Breakfast Show host for the first years of the station.  He’s popping up all over Radio 2 at the moment, so hasn’t gone away or anything.  Why hasn’t this man been incorporated into the regular daytime schedules yet?

For me, and for many others, Tony’s peak was in the mid-1980s when he was on BBC Radio London.  Here he presented a mid-morning show playing the soul and dance music of the day and taking calls to air.  The calls were saucy and full of innuendo, flirting and fun.  They fitted the happy era, and left everybody laughing or feeling good.

Feeling good is what Tony Blackburn shows are all about. Cheesy, yes, dated, maybe, but good fun, 100%. 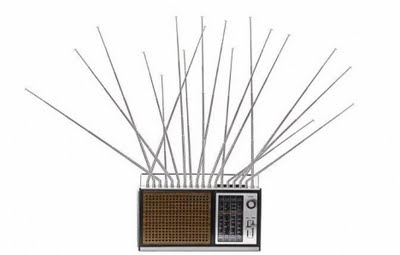 The second Annual International Radio Festival held in Zurich included Tony Blackburn and a collection of old names from the start of pop music radio, including Mark Wesley, Paul Burnett, Ed Stewart, Larry Tremaine, Emperor Rosko, and Tony Prince.  They each took it in turns to spend 2 hours spinning old songs and radio-DJing in the original 1960s/1970s styles of the radio stations they were from. This included Radio Caroline, Big L, Radio North Sea International, Radio Luxembourg, and the early years of BBC Radio 1.

The entire festival consisted of a week and a bit of representatives from the world of radio in two hour slots, streaming to the world and broadcasting locally on a couple of FM frequencies, showcasing a wide range of different styles and broadcasters.  One day was set aside for old radio “Pirates”, and hence why the gathering of the crew I’ve just mentioned.

Typically at these events, the attendees (and those on the ‘top table’) usually have their heads so far up their backsides that they miss the point about what music radio should be. Fun.  Yes, fun.  Now, I know they probably split into 15 different groups and spent an afternoon in ‘workshops’ discussing, debating and being extremely confused and trying to ‘mind map’ and come up with suggestions about what this means, but it’s simple.

Radio in the olden days used to be fun.  Then it started to take itself very seriously, and instead of it coming from the gut and the brain, those in charge of radio tried, and failed, to rationalise it.  That’s when radio lost its way.

He even railed against the up-their-own-backsiders attending the conference, but they will never get it no matter how hard the likes of Tony Blackburn try to explain it.

Sadly, music radio will remain boring and dull until these people in charge grow too old to keep it so bland and a new generation with true knowledge, inspired by Tony Blackburn and the small band of true radio people in touch with the audience, take over and put the fun back into the output.