2 September, 2012 Christopher England Anoraking, Behaviour, Religion Comments Off on Obsessives cannot be allowed to scare us

It’s two years ago this week that 43 year old eco-terrorist James J Lee was shot dead in order to help release the three hostages he had taken within the headquarters of the Discovery Channel in Maryland. 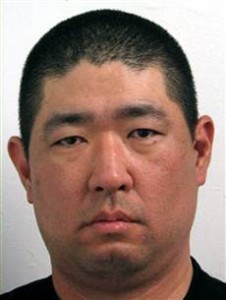 He’d wandered into the Discovery Channel as part of his obsession with his version of saving the planet, for which he believed he needed to strap explosives to his body and take hostages.

His take on life was simple.  He hated the human race and had extreme issues with people having what he called ‘filthy human children’.  He hated immigrants.  He hated the Discovery Channel for not broadcasting programming that would tell his version of reality to the world.

In lots of ways his radical obsession is no different to those indoctrinated enough to blow themselves up in suicide bombings, or those who invade countries as part of their religious obsession.

In all cases the obsession is based on hate.

We have seen many people with mental illnesses becoming obsessed with Middle Eastern religions like Christianity, but there are frighteningly new obsessions replacing these in this modern world.  We have watched the religion of ‘Climate Change’ grow amongst those who are easily manipulated into the faith of the ‘warmists’, and we’ve seen supposed ‘pro-life’ protesters deciding that the best way to show how much they love life is to murder doctors.  We’ve watched as ‘protesters’ cruelly dig up the corpses of young children’s dead grandmothers in order to protest about what they have decided is animal cruelty.

The obsessive knows no sense of right beyond their own obsession.  Their pre-occupation with it requires they close their minds to alternative ideas or thoughts.  They will only accept what they themselves have cast in stone as part of their mental illness.  They believe they can never be wrong and no logical discussion or debate, nor counter evidence will get through to them.  In order to pursue their obsession they know no limit.   Nobody is safe.

Usually their illness will make them focus blame onto one particular individual – this can be an organisation or a race or a religion – but usually it is made personal and so they chose an individual to hound and, in extreme circumstances, kill.

Families, children, pets, homes, or even co-workers of their victim also become legitimate targets in their eyes, such is the power of obsession.

In a very mild version I have watched obsession and the associated mental illness grow within followers of radio stations (‘anoraks’), especially Radio Caroline.  None of the obsessives have killed anybody (yet) or dug up their dead grandmother, but the building blocks of their obsession are identical to those of the likes of James J Lee.

Some obsessions, like religious ones, are of course not of the individual’s own making.  These are usually installed by the parents or later by the preachers and re-enforcers from the religious organisation whose job it is to ensure the flock remain constantly re-hypnotised to obsess to the bidding of those who are manipulating them.

And ultimately of course, those who are obsessed with money and power are the winners once their little army of obsessives has done the ‘dirty work’ for them.

In that sense, someone somewhere will have already benefited from the death of James J Lee.