Door to door sales people piss me off. I don’t want their double glazing. I don’t want their god. So, a few Christmases ago I was pissed off to find a missive from a god botherer of the Christian flavour (there are so many different gods and so many different Christian gods) perching itself on a site I use to use to wax on and on and on about radio.

It was not only going on about god, but also about how we should all forgive and forget. Bollocks to that. If somebody talks to me using a logical argument about forgiving and forgetting then, fine, I might well think about it, but, oh no, it’s the bloody god card that has to be pulled.

Anyway, the posting that offended me started (as they normally do) by quoting from their instruction manual for life. Most people learn how to live and walk and talk and make decisions without having to fall back on a bloody instruction manual. Not these losers. They quoted:

“Lord, how oft shall my brother sin against me, and I forgive him? till seven times? Jesus saith unto him…Until seventy times seven.” (Matthew 18:21–22)

Matthew. Hmmm. This will be the bloke who re-wrote most of what Mark had previously written in his account of Jesus’s life, but with a new spin to big up the Jewishness of the whole Christ story, following instructions from that  woman-hating Paul who invented Christianity.

Ah, but then of course, the quote is in ye olde English. That’ll be the re-write of all the gospels in order to break away from the Roman’s who insisted it be maintained in Latin. The spin during the translation was again in the hands of a man acting on behalf of King James, and so texts were edited and changed accordingly to fit the needs of the inter-Christian war of the day.

But, I digress. The point really is that to quote Matthew is to quote hearsay evidence, and it wouldn’t be admissible in any Court of Law to suggest that Jesus said any such thing.

I also searched the quoted text for a reference to radio, and Jesus doesn’t appear to mention boats, tower blocks, or DAB anywhere in the quote. Therefore, I do find it puzzling that the quote and the sales pitch that followed ended up being posted on a site mainly about radio. It seemed to be selling the idea of forgiveness and how everybody should apologise for even the slightest thing. Maybe it was from Christians who wish to apologise and ask for forgiveness for all the evil they have done in the name of their Lord as they continue their awful crusades against ordinary people.

Were that not the case, then I can see no other reason for posting Christian propaganda on a site about radio. But, hey, apology accepted, it was Yuletide after all. Shame the Christians stole that and renamed it Christmas.

Before the Christians invaded Europe on their slaughter-fest, this festival was one basically associated with the shortest day, and was about celebrating the work of the sun in the previous year (and asking it nicely not to go away). It was a happy pagan time. This was a massive festival. One the Christians were having extreme difficulty clamping down on. So, the Christians decided it would be stolen and used to celebrate the birth of their Lord, and so set about murdering anybody who continued the tradition of celebrating the work of the sun, beating them in typical fashion to worship the birth of Christ instead (even though he was born in April).

Anyway, as I said, thanks for the apology you Christians, apology accepted,  yet you can never ever ever be forgiven for the sins of your forefathers and you will surely burn in hell, for it is written. I just wrote it. Even your own Jesus Christ says you can only be forgiven 490 times. The crimes you have committed far exceed that number, so, according to the hearsay evidence, your god has deserted you now that your crimes are so great. 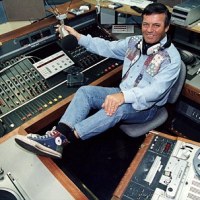 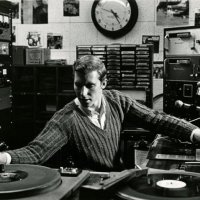