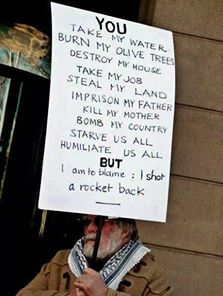 Israel is happy to kill hundreds of children, disfigure and maim hundreds more, as well as kill grown-up goyim living in the concentration camp that is Gaza, as part of its fight with Hamas.

Heck, imagine the outcry if the British Government had used the same collective punishment principle on the population of Northern Ireland at the height of the activities of the IRA!

Yet, Israel goes into a complete outrage when one of its child killing warriors is captured.

That’s even less outrage than when one of its child killing warriors is killed.

It’s as if death is unimportant to these people.