One of the saddest legacies of the offshore pop pirates of 50 years ago is the radio enthusiast known as an ‘anorak’. 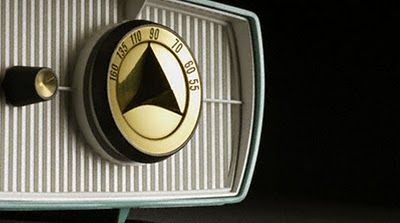 Whilst the modern world has moved on and is now mainly indifferent to music radio these pensioners harp on about radio stations coming from ships three, four or five decades ago as if they are needed today in order to somehow save the world.

Clustering in their various internet forums they will utter excited mantras about how a new pirate ship should arrive in order to show the popular multi-million pound media empires how ‘it’s done’.

Anoraks will show great reverence to anybody starting a radio station that isn’t listened to by mainstream audiences (or anybody apart from other anoraks) but uses the same callsign as a long dead pirate radio ship. They will excitedly wet themselves as the pretenders to the original thrones use media and platforms no longer used by the mainstream, and they will attack anybody who begs to differ.

Attacking people is one of the main abilities the radio anorak has. He (and it’s always male, never female) will sound off about everything like the grumpiest of old men and the worst that the Daily Mail can offer. The anorak’s hatred of mainstream radio is far more extreme than society’s hatred of paedophilia. His hatred of anybody that challenges ‘official lines’ or suggests that things weren’t as rosy as the anorak’s glasses and fading memory portray, is second only to his hatred of mainstream radio. He cannot forgive what he believes is a blasphemy, and is unrivalled in his ability to bully (albeit usually from a cowardly anonymous cyber position) those who dare deviate from what he considers is the true word of the offshore radio history.

Moving in amongst the anoraks looking for their egos to be stroked are the ‘mega-raks’. These are people who once did something and have dined out on it (or sold books about it) for decades since. Typically they have failed to evolve to be part of the modern radio scene in any way, and have a number of ‘failed’ projects all of which the anoraks regard of having some great significance in the scheme of things.

Anoraks will totally ignore anybody from the pirate radio scene who has actually really gone on to greater things, whether that be holding down commercial radio breakfast shows for years or running a fleet of real radio stations. There is an equation that anoraks believe in that states that the more successful a person is, the more they should be ignored in favour of those who have nothing to offer normal people, yet something to offer anoraks.

The mega-rak will slowly change and distort history in their favour in order to enhance the level of idolatry they receive from the anoraks for whatever it is they’ve told the gullible anoraks they were all but solely responsible for. The mega-rak needs to identify as enemies those who might pose a threat by revealing the truth of situations, so anoraks are drip-fed with the names of those they must never trust and must vilify at the earliest opportunity.

Anoraks do as they are told without question. The more cruel of them will wage personal campaigns against people and their families. They’ve never met their victims and don’t know them personally, but think they have some kind of god-given, or mega-rak-given right to put them or their families in fear. From exclusive ‘secret’ forums they will huddle together writing the most awful attacks on people not toeing the official line they’ve been taught, often using language they are too cowardly to use to the individual’s face. Then in more public forums they will constantly try to wreck real conversations and replace them with their own agendas of their campaigns against individuals. A few have the guts to do this using the name they are most commonly known by, but most will invent instant new names to hide behind as they bully.

The more devious ones will write under multiple names pretending they are really one of the people they are intending to bully, so that they can then change their name and write to inform the more gullible that the previous post was ‘really’ from one of the people that anoraks must hate and attack, and what was written proves it. Sometimes known anoraks will write terrible things using anonymous instant names and then come back as ‘themselves’ to discuss exactly how terrible the anonymous posting was and how it must have been made by this person or that person. They then return to their ‘secret’ forums to crow to the like-minded about how clever they have been.

It is surprising that packs of these more vicious anoraks haven’t chased innocent victims through the streets, eventually cornering them and ripping them apart with their bare teeth. One can only assume this hasn’t happened because they are not allowed out of their nursing home facility.

Don’t get me wrong, the average radio anorak is a lovely genuine person (I’m an anorak, and I’m wonderful!), and it’s only a relative few that are guilty of trying to destroy people and the truth.

There’s a reason why anorak minds are so easy to manipulate. Across the years it has been necessary for the operators of Radio Caroline to turn the station into a cult religion by introducing ‘Loving Awareness‘. Without this, it would have surely died. Like with any religion, the foot soldiers will work for nothing for ‘the cause’. Those with money will share theirs with ‘the cause’. The radio stations without cult religion status could only exist like real businesses in the real world, and so would collapse after the original investor’s money ran out. Hence why other pirate ships would come and go whilst Radio Caroline intermittently coughed and spluttered on for decades, albeit mostly unnoticed by the British public.

This prolonged life-after-natural-death of Radio Caroline gave birth to the hardened anorak, so hypnotised by the cult status that he would ridiculously name his children after the station or the ships it was based on. Other anoraks along the way managed to get lives and escape from the spell, but the dedicated anorak is all that’s left in complete reverence of this near forgotten pirate radio age.

They really are a dying breed though. Rapidly. Real death or pre-death impairment now removes at least one a week from circulation. With only about 600 left, that means all traces of radio anorak activity on the internet will be finished in about ten years from now. The youth are far too sensible to copy their grandfathers and become radio anoraks, so like old soldiers who experienced World War One, the radio anorak is coming to a final end.

And that might be the saddest legacy of Radio Caroline yet.