Has there been some weird cross-breeding or have pigs in some way started to grow wings? Not that turkeys can fly, but maybe pigs now can.

Actually, I blame the Jews and the Muslims. And, let’s face it, most of the food chain in the UK is controlled by Jews and Muslims. Even more so the world of takeaways. Most refuse to serve anything but halal or kosher meat. Muslims and Jews fear pigs, for some unexplained reason lost in the long journey of the evolution of knowledge since their OCD rules were set in stone. So, they run away from pigs.

Running from pigs is odd. The Jews are obviously so desperate to eat bacon that they invented ‘salt beef’. Tastes like bacon. Job done. Surely it would be easier to just eat bacon. But, hey ho.

Animals that Muslims and Jews are actually allowed to eat have to be killed as if it is the first century BC. Barbarically. Although, they excuse their barbarism by praying as they kill. That somehow makes it all okay.

So, when they came over to this country, instead of gaining enlightenment, they brought with them the mentality of a return to the Stone Age.

Unfortunately, this all means that the availability of pork products is now seriously restricted. In some areas, pork products are impossible to find.

In order to placate the hungry populace, turkey meat is now being referred to as ‘ham’. Asking for ‘ham’ on, say, a pizza, gets you turkey on your pizza. When challenged they’ll reply, “Yes, it’s turkey ham”, as if ‘turkey ham’ is a thing. It wasn’t. But, it’s slowly becoming real. A thing. Turkey ham. The word ‘ham’ sprouting wings and flying from the pig to the turkey.

The majority of people in the UK don’t actually know that when they ask for ‘ham’ they get ‘turkey’. Why is this allowed?

I think we should be told. 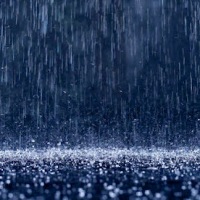