1 April, 2011 Christopher England Uncategorized Comments Off on Arrrr, who’s a lovely pussy-cat then? 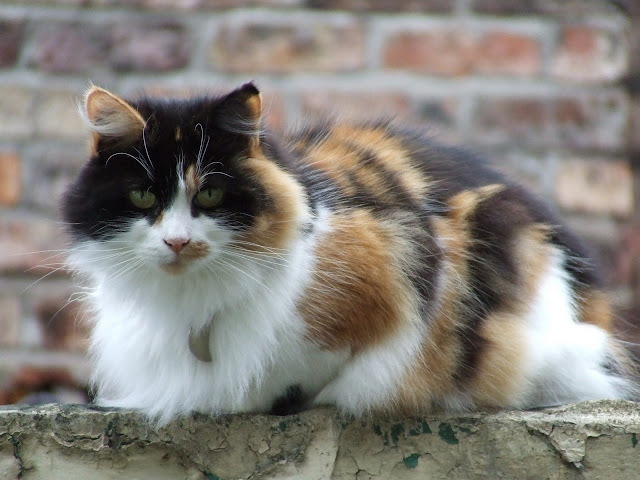 This is one of my cats.  Her name is Butty.  She is so called because she uses her head to ‘butt’ like a steam train to take food or strokes, tickles, etc., from other cats, humans, or cooking utensils (Not that cooking utensils stroke or tickle cats, but if they did she’d ‘butt’ them for that as well). When she’s not doing that she spends most of her time looking stoned and just ‘being’ and watching things.  Inside all that hair she’s actually quite small.

She, along with another shorter haired version of her we called Marge (she eats more than Little Britain’s Margery Dawes), was originally part of a brace of rescue cats that supposedly belonged to an old lady who died.  They lived rough for a while being fed by neighbours, and were then picked up by a rescue centre.

When they first arrived with us just after Christmas and were allowed out of their carriers, they both bolted and hid under the bath for two days before venturing out to sniff their new humans and demand food.

They are both very settled now and are in the middle of explaining to other local cats the expanding geographical area that belongs to them.  Cool, eh?